Over 70 Years of Developing Leaders

In July 1948, at its 23rd Annual Meeting, the members of Salem Lutheran Church voted to create a Christian Day School. That September one teacher, Miss Clara Sampson, taught first through third grade. Salem’s Associate Pastor, the Rev. William Gentz, was the first Principal. There were 14 students on opening day. The next year, 1949, Mrs. Gentz began teaching kindergarten and another teacher was hired to teach second and third grade. There were 38 students. All classes were taught in what is now the Fellowship Hall.

Over the years Salem Lutheran School continued to grow, adding students and staff every year. In 1964 the Church office building, with two classes underneath was built (now our Jr. K and K). Then the congregation also built the Education wing and, in time, remodeled the Fellowship Hall. Upstairs rooms were added, which now serve as our library, teachers’ lounge, middle school classrooms and computer lab. In 1964 only the lower three classrooms were used for first through sixth grade. Each grade doubled up per room. It wasn’t until 1973 that the school had enough students so that each class could support a room of its own.

Salem Lutheran School has been served by many faithful, dedicated, creative, compassionate and skilled principals. The first, Rev. Gentz, was also a pastor of the church serving the youth and education programs. The second Principal, Dorothea Anderson taught third grade. Overseeing 18 years of school growth from 1955 to 1973, Ms. Helen Asseng served as Salem’s third Principal while also teaching first and second grades. Her desire eventually was to return exclusively to teaching and the School Board invited fifth grade teacher, Mr. John Kober, to become Principal. In 1978 Thomas Blevins, having previously taught at Laurel Hall Lutheran School in North Hollywood, become the fifth Principal. The computer lab was added during his tenure. When Mr. Blevins retired in 1998, Mrs. Ghada Huleis, then the fifth-grade teacher, became our sixth Principal. Her time was marked by continual growth in the professional development of the staff, expansion of specialized afterschool programs, the introduction of up-to-date technologies into the classrooms and various facilities upgrades. Today Mrs. Pamela Perry serves as our Interim Principal. She brings a steady hand, strong leadership skills, a vibrant faith and tremendous affection for our children and their families.

Thanks to dedicated staff and parent teams Salem School was recognized as a National Blue Ribbon School in 2005 and in 2014 received WASC (Western Association of Schools and Colleges) Accreditation; honors which we maintain. In the 2016-2017 school year, the long-held dream of opening and offering a middle school was completed.

In 2014 the congregation undertook a major remodel of the sanctuary. The new design and expanded storage allowed our music program to be moved from what is now our seventh grade classroom, opening up the possibility to further expand our school mission and ministry. Today Salem is pleased to offer classes from Jr. K through 8th grade. The legacy of quality academic standards blended with a solid values-based Christian core is the result of dedicated individuals and a supportive congregation, both past and present, who have passionately served and been part of this very special place known as Salem. 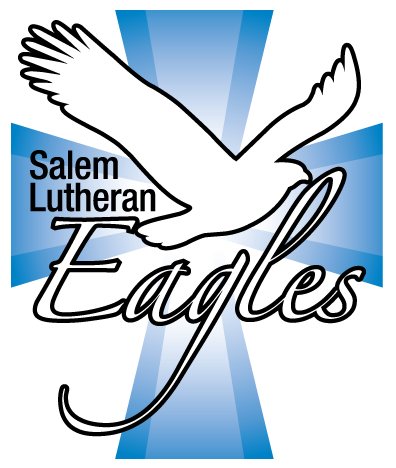